Istanbul is by far the largest city in Turkey, both in terms of population and geography. It is the cultural capital of the country and it is definitely where you will find most of the ESL teaching opportunities.

Today we are going to be talking about the ultimate East meets West country, and that is Turkey!

Turkey offers up a beautiful, scenic country as well as a beautiful culture. I am mostly going to be talking about living and working in Istanbul.

It is not the capital of Turkey, which is Ankara, but Istanbul is by far the largest city, both in terms of population and geography. It is the cultural capital of the country and it is definitely where you will find most of the ESL teaching opportunities. 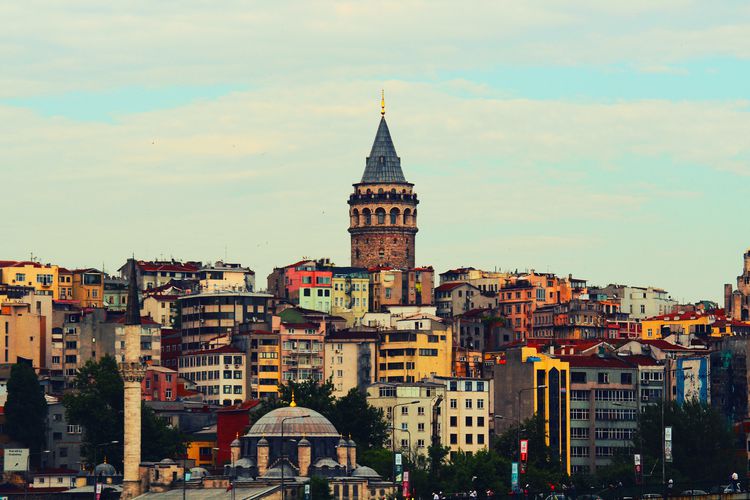 There are multiple harbors surrounding Instanbul, meaning you get great waterfront views almost everywhere in the city, which is amazing!

Because it's close to the water, you get excellent restaurants and cafes where you can enjoy an amazing view. As I said before, Istanbul is really a mixed smash of East meets West, meaning that you can really see the gamut of Eastern traditions - drinking chai and spice markets, but it's all fairly Western.

Istanbul is what I would call a culturally Islamic city. What does that mean? There are elements of the city that are deeply ingrained, that you will see in your everyday life that are closely related to the Islamic religion.

You will hear the five calls to prayer even if you're not near a mosque. Which you probably will be because there are hundreds and hundreds of mosques in the city, all the way from the Hagia Sophia down to little neighborhood mosques that have their own minarets and loudspeakers.

But this doesn't mean that you need to change your lifestyle: you don't have to worry about getting things like alcohol. It is readily available in bars, clubs, restaurants, stores.

You probably will have a problem finding pork products. Those are not commonly seen in Istanbul because of the Islamic heritage of the city.

Because Istanbul is a big sprawling city with multiple urban centers, the public transportation is really amazing. There's a system of buses, subways, trams, ferries, mini-buses – you'll have no problems getting around the city.

The public transportation is very well organized, you'll be able to zip around the city to see multiple amazing historic sites. 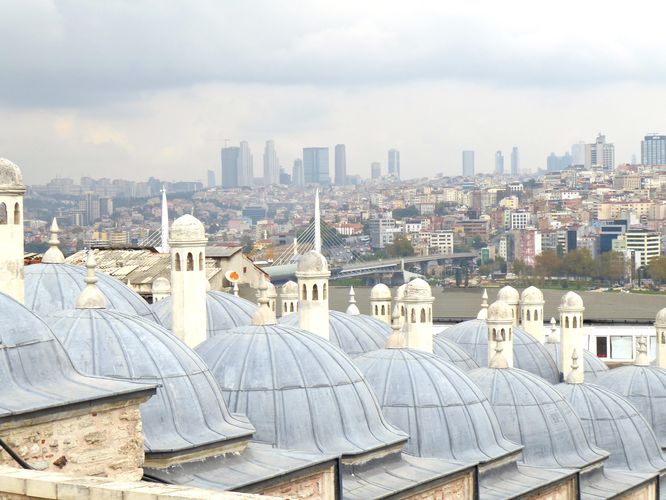 Cost of living in Istanbul

You can expect to pay a pretty low rent if you decide to live with roommates, and a less fancy or a less luxurious or a less modern apartment, you could spend as little as $200 a month for your own room in a shared house.

Most places will compensate you very well for teaching, and, if you're working for a language school, meaning that you're probably going to have to travel around the city, your travel expenses are almost always reimbursed. 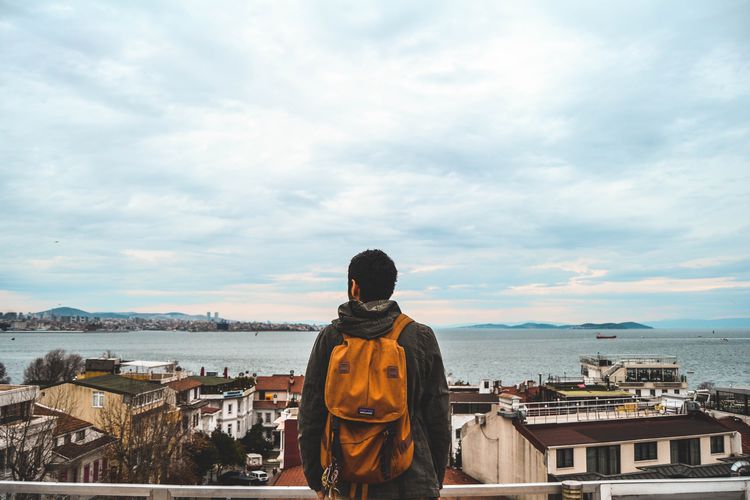 Let's talk about what it's like to work as an English teacher and Istanbul. Unless you have a teaching certificate from your home country or a lot of ESL experience, you will probably be working at a language school. If you do have a lot of experience, your opportunities open up - you could work at a university or at a primary, middle, or high school directly and have your own classroom.

But if you don’t have teaching certifications of any kind, your best bet is to work at a language school. If you are teaching at the language school, it means that you'll have a diverse group of students at all ages and all levels probably spread out around the city.

Most language schools will provide training for you, even if you already have prior experience teaching English. This means that you'll understand what they expect from you as a teacher, as well as how their lessons are run.

They usually have a fairly extensive library that you can choose your materials from, or they will provide the materials and explain the curriculum of each of your classes.

One of the best benefits of working for a language school is that they probably have a dedicated HR department that is going to help you transition to your life in Istanbul, which is incredibly helpful.

Even though Istanbul is a massive international city, there are lots of headquarters of multinational companies there, to do the bureaucratic administrative things you'll probably need to speak Turkish.

If you don't speak Turkish, you can understand how this might be a bit complicated. That's why working at a language school is great. They will help you with the administrative work of getting your visa, finding an apartment, registering for private health insurance, getting a cell phone, all of these kinds of essential things.

Language schools are adept and equipped at helping foreigners figure all of that out. There will be someone who will go with you to appointments, working with the language school also means that you get automatic help finding your way around your new home. 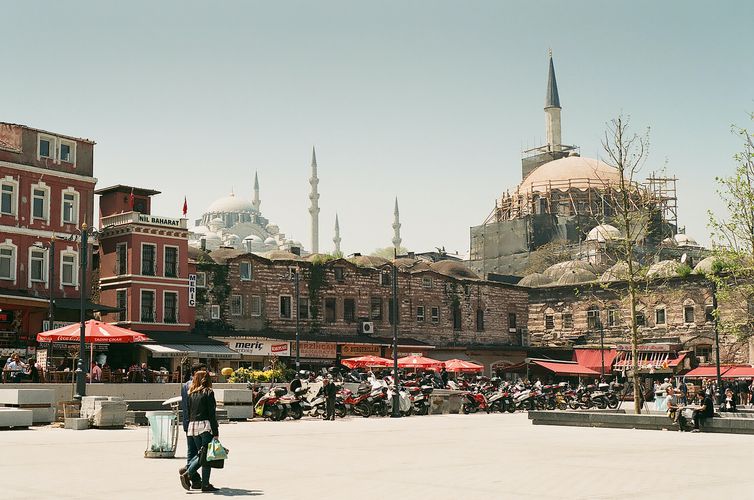 One of the best things about working in Turkey will be your students. Turkish people are some of the nicest, kindest, warmest, and friendliest people in the world.

If you are teaching adults, it's very likely that you will become very good friends with your students. They want to learn and are happy to learn. They are happy to share their culture with you.

Working with a language school and specifically having adult students, it's a great way to network. Not only will you be a teacher and you'll have a student-teacher relationship with them, they'll all probably become your friends.

And, when you have a Turkish friend, it means you have many great things: restaurants, bars, clubs, museums, cafes - they are happy to share their city with you. Having adult students, which you probably will working at a language school, is a great benefit, and will definitely improve your lifestyle in Istanbul.

Istanbul has a massive population, somewhere between 15 and 20 million people. That means that there are a lot of people who want to learn English.

There will be no shortage of opportunities for you to work, as a private tutor, which means you can take your own students and either teach them at their offices or in your home or at a cafe. You can get some pocket change on the side.

This is really common practice and most language schools while it's not necessarily accepted, it's understood that it will happen. You'll have maybe multiple streams of income working in Istanbul. 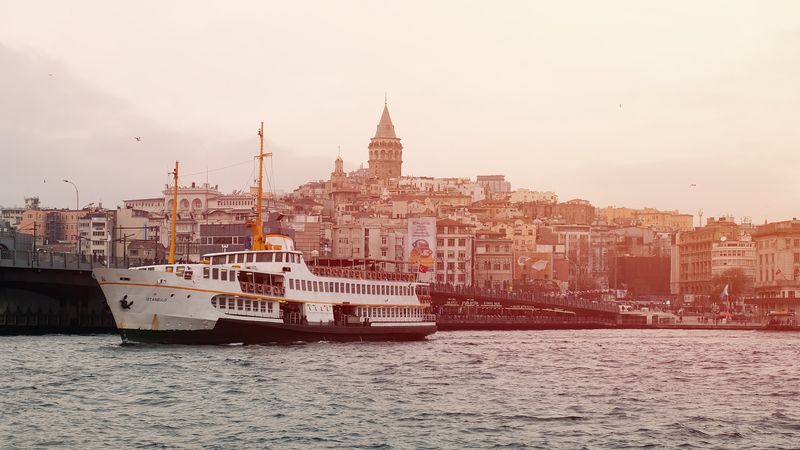 Getting a visa when teaching English in Turkey

Let's talk about everyone's favorite - getting a visa in Istanbul. As I mentioned before, you need help getting your visa from someone who speaks Turkish. The people who process visas will probably not speak another language.

Most people apply for their work visa or residence permit after they have arrived in the country. Most nationalities do need to have a tourist visa to enter the country. This is a super easy process.

You can either apply for it online before you arrive in the country or you can get it at the airport. It costs about $20, and it's not anything that you have to stress about.

After you enter the country on a tourist visa, it will get you 90 days in the country, that's when you'll apply for your residency visa, since visas and work visas take a long time to process. I think the usual processing time is about 5-6 months. Pros and Cons of living in Istanbul

Finally, let's talk about the pros and cons of living and working in Istanbul as an English teacher. One of the pros is definitely the geographic and cultural heritage of Istanbul. it's truly one of the most beautiful cities in the world. It has one of the seven wonders of the world that is Hagia Sophia, which is a beautiful Basilica mosque.

Istanbul has multiple different religions and it's very long history. You can find people, palaces, museums – just anything that you want to see about Turkish culture you can find in Istanbul. Another pro of living and working in Istanbul is definitely the people. As I said before, they're super friendly, very warm and very welcoming.

Being friends with Turkish people, as well as the other expats in the city, you'll be able to have a great community of friends and it'll be really easy to find them working as an English teacher. Your salary will be more than enough live, play, and travel on.

You won't have any trouble assimilating and getting into the groove of it.

Summers in Istanbul can be really hot, pretty sweltering. It's an excellent opportunity to take the trip down to the southwest of the country, where there are stunning coastlines and beautiful beaches.

There's Cappadocia, which have little fairy chimneys and great valleys to go hiking in as well as opportunities to go hot air ballooning.

The Cons of living in Istanbul

The country's currency is the Lira. And as I said, you'll be able to live very comfortably on the Lira in Turkey. However, as far as savings are concerned, because the Lira is not the most stable currency, you probably won't be able to save when you convert that money back into your home currency.

That is something to keep in mind. It's really a break-even country. We would say not really a country where you'll be able to take a big chunk of money home.

Another con of living in Istanbul is there can be some civil, political unrest. While this doesn't affect your safety, usually expect to find and see a lot of demonstrations, especially if you live in the heart of the city - there are usually demonstrations that happen on Fridays and Saturdays.

It's not going to really affect your safety, but it can be a bit jarring to see thousands of people marching in the street. Turkish people are very politically active. and especially around election times, you'll be able to see a lot of demonstrations and protests.

I think it's a very safe city to live in, but it is good to be aware that, There are some moments of civil unrest that you should be prepared for.

That is everything about living and working in Istanbul. I hope this was helpful for you. Be sure to check out the links about teaching jobs in Istanbul to start your life in this beautiful city and find a job there.