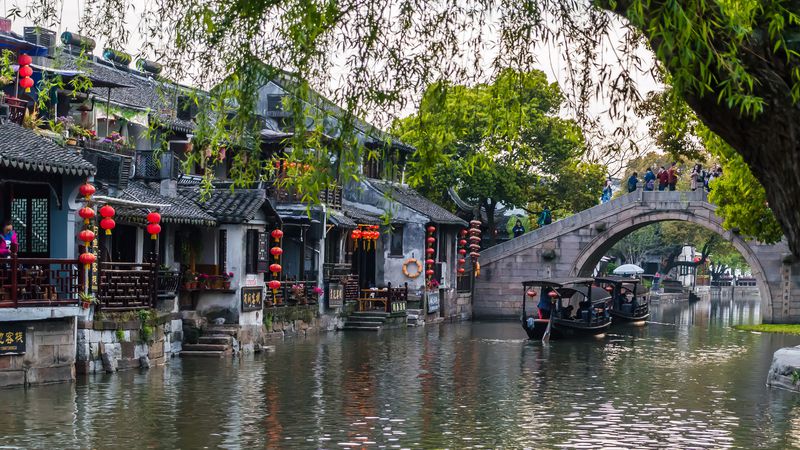 When many prospective English teachers search for jobs in China, many of the top-tier cities such as Shanghai, Beijing, Guangzhou, Shenzhen, and others will pop up in search results. But, one city that’s truly a hidden gem though is Suzhou.

It goes without saying that being an English teacher in China has its perks, especially when you pick cities to teach English in that rank highly amongst other foreigners. You have a lot of options when it comes to the types of schools available in Suzhou.

Let’s take a look at some of the English teaching positions in Suzhou that are hiring and categorize them by grade level.

Suzhou Foreign Language School (SFLS) has seven different branches around the Jiangsu province and is one of the leading International schools in the region. The school is looking to hire ESL teachers who have a bachelor’s degree, are a native English speaker and have their TEFL or around two years of teaching experience.

As an ESL teacher at SFLS, you’ll be responsible for teaching pre-planned lessons and also do some lesson planning. Teachers will also need to keep a record book with all their assignments.

Working at SFLS, teachers receive a salary of between 250K to 350K RMB/year before tax (22K to 30K RMB/month). Accommodation, free meals, holiday benefits, paid winter holiday, and a legal working visa is all provided.

At SFLS, new teachers will be mainly teaching students between the ages of 7-12 years old, and your work schedule is between 7:35 am to 3:30 pm Monday to Friday with weekends off.

Seadragon Education is actually a recruitment agency based in Suzhou but has a solid reputation for connecting foreign teachers with reputable schools. Teaching middle schoolers in Suzhou can be a welcome upgrade compared to teaching primary school students and currently, there are many openings at middle schools throughout Suzhou. 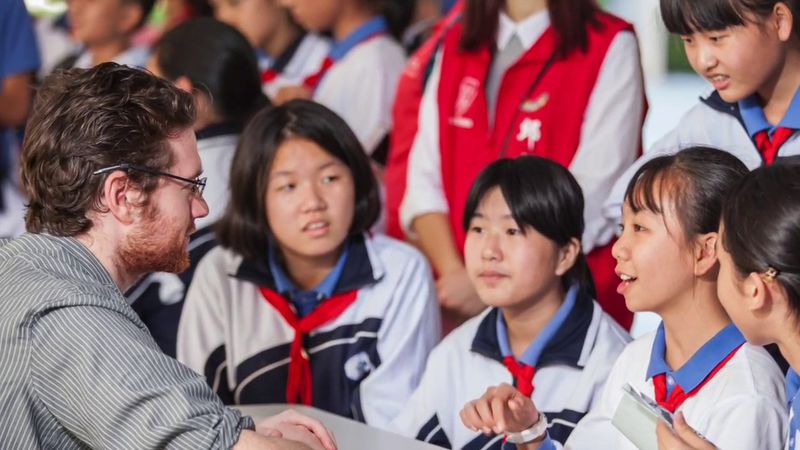 What’s really cool about SDE is that they pay you 5K RMB up front or give you a flight allowance within your first month of teaching. This just displays how trusting and understanding they are of new English teachers who come to teach in Suzhou, they know teachers want to explore the city and more of China. It’s also why SDE gives you a paid winter vacation too. Besides all the perks, SDE has been around for a while and they’re a reputable agency in Suzhou. Most teachers who have worked through SDE are pretty happy with the lax work schedule and the fact that you can get out what you put in.

If you’re looking to teach older students, then Suzhou North America High School may be your best bet. The school offers a state-of-the-art campus with modern facilities. Many of the students are eager to have you as their teacher, given that they’re preparing to go university in the states.

We’ve all at one point or another have experienced the hecticness that comes with dealing with young children. Sometimes it’s enough to want to pull your hair out! Unless you enjoy working with children, then teaching primary school may be your calling. For other teachers who want to work with students who are a little bit older and maybe, just maybe, a bit more well behaved, then teaching high school may be your best bet. 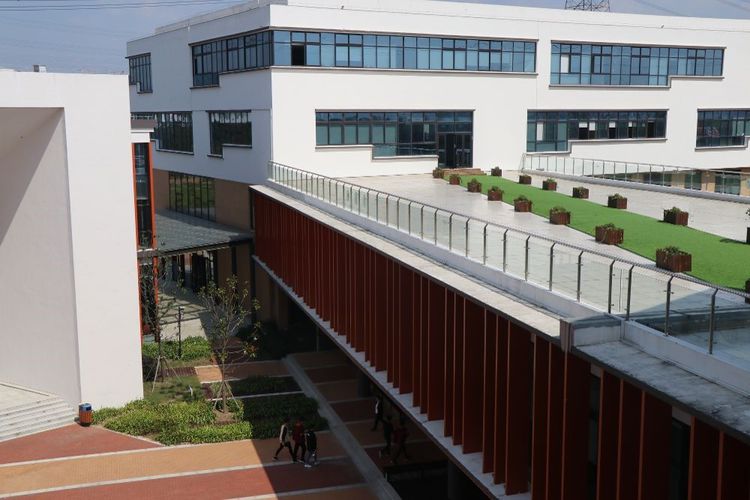 Working at Suzhou North America High School has been a place where many teachers have made both a lasting impact on students, as many go on to study at Universities in the US. It’s nice to be a teacher and get an email from an old student telling you thanks for the impact you’ve made on their lives. Teaching high school students can also be easier on new teachers, as English levels tend to be higher.

The campus is well set up for English teachers to get to class, as many are provided with on-campus accommodation which is a really sweet perk to the job. No more rushing to catch the bus, taxi, or subway to get to class. While other schools in Suzhou sometimes makes new teachers do a lot of lesson planning, this high school provides your teaching materials, you’ll even get a teacher assistant, and class sizes are pretty manageable (less than 30 students per class).

When you’re working at Suzhou North America High School, you can practice your Chinese Mandarin, as you get free lessons provided, which is a good way to learn how to communicate and get around the city on your own. It’s nice to finish off the school year with some added cash in your pocket, and working as a teacher here, you’ll be given not only a nice salary of 15K to 30K (before tax), but an end of years bonus, flight reimbursement and even an allowance and private insurance.

Working at this high school will make you want to extend your stay in Suzhou and teach here for more than just one school year!

Being one of the oldest cities in China (founded in 514BC), and located just on the Yangtze River, Suzhou is a nice reprieve from the hustle and bustle of Shanghai (which is just a 25-minute bullet train ride away). Many newcomers to the city describe it as being picturesque.

China is a huge country that is comprised of many different regional cultures. Suzhou represents the Eastern region better than Shanghai when it comes to keeping it traditional. There are two sides to Suzhou that most people need to realize. Across the moat into the downtown area Suzhou appears to be like any other sort of chaotic, noisy, bustling city in China, but Suzhou’s true colors shine in parts of the downtown area, as well as the Royal Parks. Back in the day people would build their expensive mansions here. In the Royal Park there is a rock maze called Shiziling, and is near the museum, and the other park is Huqiu which has a pagoda and a lot of history. To get to these parks from downtown, just take the historic Shantang Street. 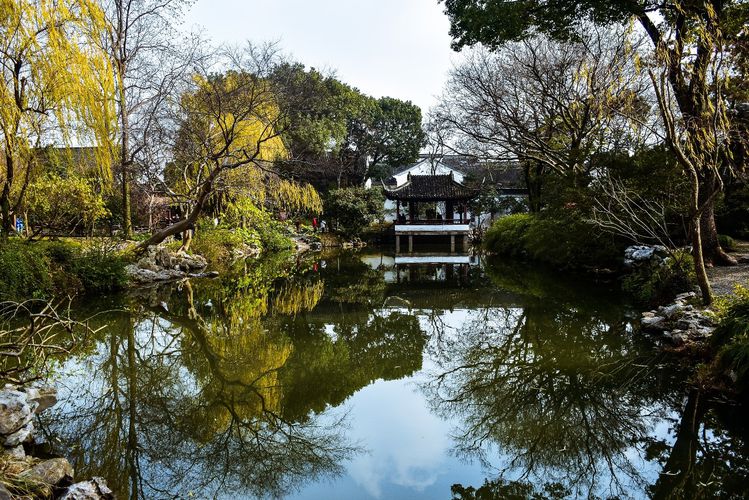 If you’re feeling hungry and you’re into food culture, then Tongdexing (noodles) and Songhelou (all kinds of Suzhou cuisine) are places you must go to. There are tons of food options in Suzhou, even western food, so don’t feel like you can’t get some pizza either!

In the eastern part of Suzhou is the modern and clean skyline of Jinji Lake. And it might sound unbelievable to many that the area around the lake was only just built 25 years ago. This is an ideal part of Suzhou for many young people to live in. Also, Suzhou Industrial Park is a good place to live and if you had to pick one place to stay during your time as an English teacher in Suzhou then many recommend living in SIP.

Don’t expect cleaner air quality compared to your hometown, but Suzhou does offer blue skies and you can even see the stars at night on a clear evening. This can’t be said about some of the larger cities in China, that suffer from light pollution and massive skyscrapers that can hinder your view. If you’re a stargazer and enjoy getting a healthy dose of both city life and nature, then Suzhou is the place to live. If you consider teaching in Shanghai (or it just looks more familiar to you), the following article might help you compare teaching in Suzhou and Shanghai. 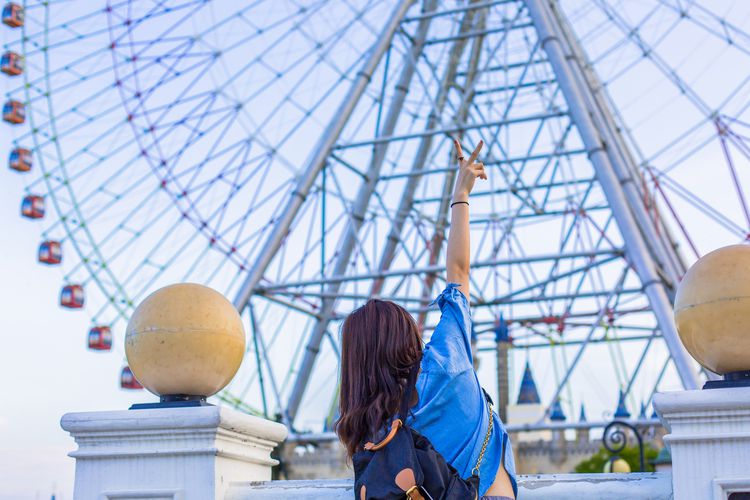 Often referred to by the Chinese as the “Venice of the East,” this city has some pretty neat ancient canals, world-famous gardens where you can take a stroll, and many temples, all while having a modern, thriving, and clean metropolis.

As an English teacher living in Suzhou, you’ll get to explore all the city has to offer and live a very lifestyle that offers many options. Visit the ancient parks, canals, and lakes, and feel the open space. Suzhou gives people different paced lifestyles, depending on which you prefer. The city is full of tradition and ancient architecture, as well as historical sites.

If you feel like hanging around the city, there are plenty of shopping options, and Suzhou even has its own Times Square with many western-themed malls. Suzhou has around 8 million people (the same as NYC), an international airport, three subway lines, tons of bus routes, taxis, and a few major train stations.

Overall, Suzhou is an excellent choice to teach English. The history, scenery, plethora of options, and overall lifestyle give new teachers living in the city an opportunity to truly enjoy their time teaching and living in Suzhou. The Chinese say "up above there is heaven, down below there are Suzhou and Hangzhou (上有天堂，下有苏杭).